VEHICLE: Package includes vehicle facilities according to the need of people visiting. We can arrange a car, jeep, costar and bus for traveling. All vehicles are luxury to travel with AC.

PERSONAL GUIDE: An experienced package guide will be kept in touch with you once you check-in to the Kathmandu International Airport and until you check-out. Your personal guide will be available without any additional charge that excludes personal tips. They will be with you in your every new experience sharing their lots of collective information related to the complete sight-seeing package.

Upon our arrival at the Tribhuwan International Airport (TIA) in Kathmandu, we will be greeted by a representative from Everest Pioneer Trek Nepal who will drop us off at our hotel Yak & Yeti 5 star best hotel in Nepal. After checking in we may also stroll in the streets of Thamel, a tourist hub in Kathmandu for some souvenir shopping. In the evening, there will be a welcome dinner hosted by Everest Pioneer Trek Nepal at Nepal Kitchen Restaurant for culture musical dinner; you will be served excellent authentic Nepalese cuisine which will introduce you to the Nepalese food culture. Overnight in Kathmandu. Included Meals: D 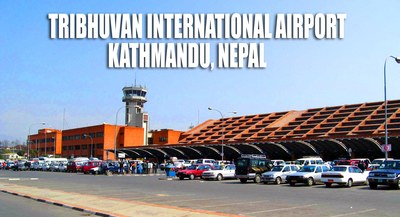 After breakfast, we start a guided tour to several of the most historical and spiritual attractions in Kathmandu. Some of these landmarks include the World Heritage Sites: the historic Durbar Square, the sacred Hindu temple of Pashupati Nath, the famous 'Monkey Temple' (Swayambhunath) and Buddhists shrine (Buddha Nath) which is one of the largest Stupas in the world. In the afternoon, there will be a pre-trip discussion where we can meet our trek leader and other team members. Everest Pioneer Trek Nepal Trekking briefs us regarding our trek as well as provides us the opportunity to ask any questions we may have regarding our upcoming adventure. Tour Preparation Meeting Included Meals: BLD

Morning at around at 10 is we Departure for Pokhara on a Budhha Air flight. we will see more of the countryside of Nepal that panorama view Annapurna ranges greeneries, rivers, villages, farms and beautiful mountain sceneries. Pokhara offers magnificent views of Dhaulagiri, Manaslu, Machhapuchhare, five peaks of Annapurna and others. Pokhara is the city of lakes and has numerous beautiful lakes. Check-in Sangri-la Village resort and we can explore the most accessible and beautiful, Fewa Lake during the afternoon -enjoy boating too. Explore, relax and dine by tranquil Lake Fewa. You can even do some shopping during the evening Live music Dinner with Everest Beer. Overnight in Sangri-la Village resort. Included Meals: BLD

After an early morning breakfast transfer to the airport for a morning flight to Jomsom, a super scenic flight of 20 minutes over the mountains with views of 8,000ers such as Annapurna & Dhaulagiri, brings you at Jomsom, the district headquarter of Mustang. This is a large town, headquarter of the Mustang region; it is also a major village on the Kaligandaki area linking the age-old Trans-Himalayan Salt Trade route to Tibet. From Jomsom onwards it is very windy in the afternoon, Continue on the gradual path on the Kali Gandaki river beach for about 3 hrs and finally reaching Eckley-Bhatti village. After a good stop here an hour of easy walk takes us to Kagbeni, which lies at the bank of two rivers. Kagbeni is an interesting windswept village situated on the main age-old Trans-Himalayan salt trade route to Tibet via the Upper Mustang area. In Kagbeni a major tributary, Kak Khola, coming from Muktinath, meets Mustang Khola, and from there the river is called the Kali Gandaki. Included Meals: BLD

Adventure Tour to Ghami via Charang.

review of Mustang city and return Charang via Dhakmar

Early Morning at 4.30 drive to Sarankot Hill and wonderful sunrise panorama and Annapurna Mountains Ranges then return to the same hotel and make breakfast and prepare luggage and Departure to Pokhara Airport. 25 minutes of flight Kathmandu and check-in Yak & Yeti.